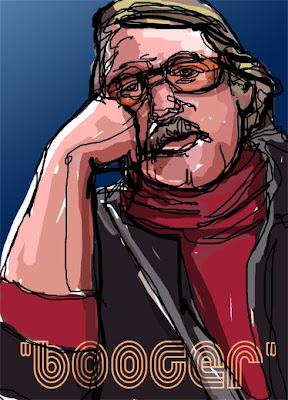 Hello Johnny Fever. It's the first day back to work after the long holiday and I thought Johnny Fever summed up having to go back to work just right "Booger!" (If this doesn't sound familiar, Johnny Fever is a fictional dj on the radio station WKRP in the the 1970's tv series WKRP in Cincinnati. Johnny got fired from a previous job for saying "BOOGER" on the radio.)

We gave my parents season one of WKRP in Cincinnati for Christmas. We watched the first few episodes with them and I suddenly felt like I was 8 or so again, total memory lane. What a fantastic show. I'm so glad my parents watched such stellar tv shows with me when I was a kid. Thanks guys! 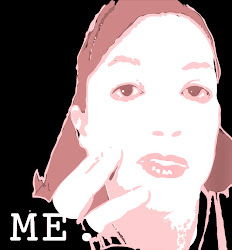 Please email me if I can help with any upcoming projects, I'm excited to work with you: karaboulden@hotmail.com. Thanks, Kara

I created almost all of the illustration on this entire website.

All images are copyrighted with the United States of America Copyright Office. All rights reserved.